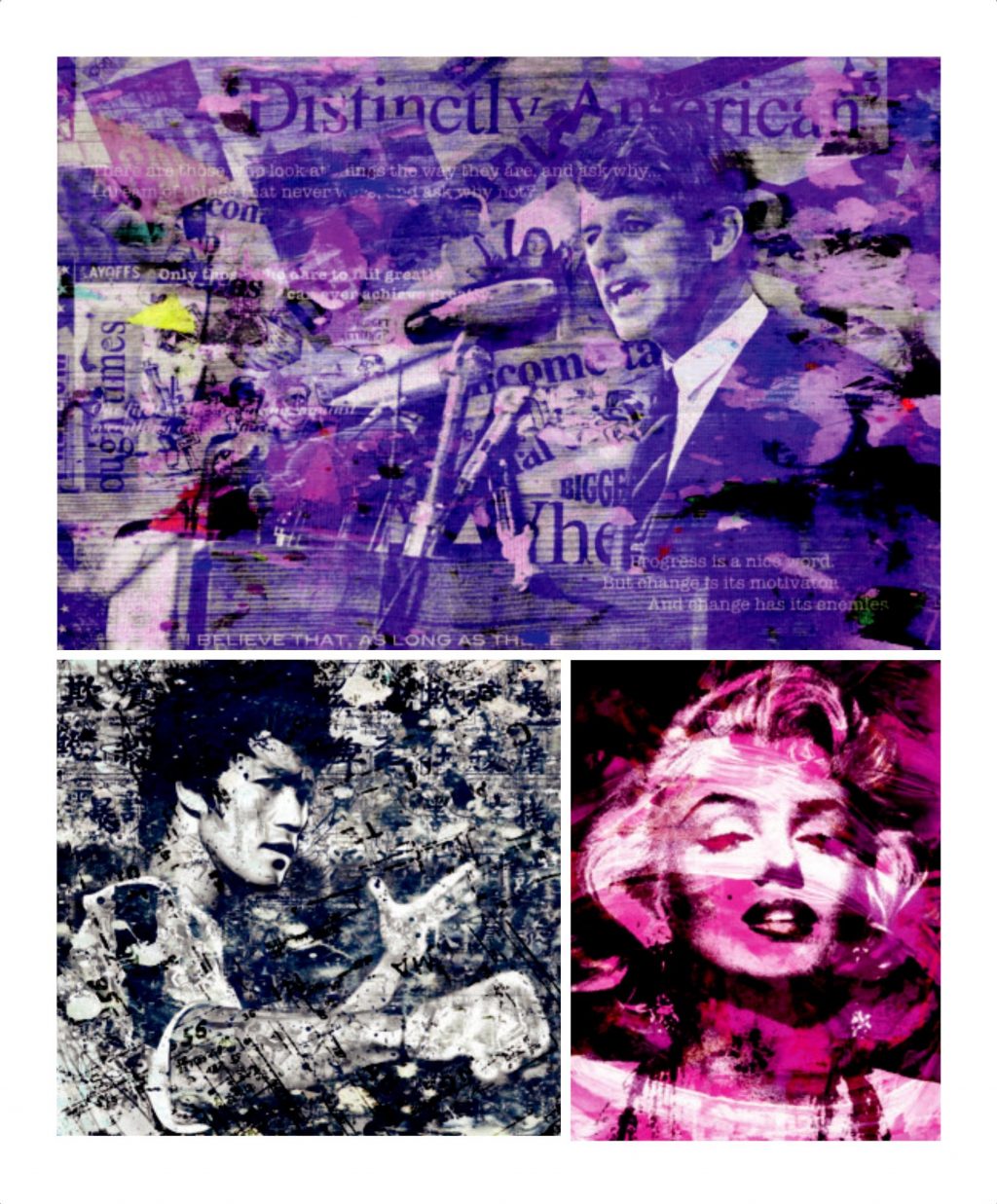 Like pop art pioneer Andy Warhol, artist Paul Gerben is widely acclaimed for his mixed media portraits of past and present cultural icons. His legendary subjects include Mick and Keith, Clint East-wood, The Beatles, Bob Dylan, Bob Marley; the list goes on. Yet despite unquestionable commercial success and a vast body of work, Gerben remains humble and greatly excited about his future. On his recently released portraits of Bruce Lee (one of his childhood heroes; he practiced martial arts as a kid) and Jerry Garcia, Gerben confides, “I tried dozens of ideas for these two portraits over a period of several years but, unhappy with those attempts, I didn’t release them until I hit that emotional high when it finally felt right. I can’t sell a piece of art that I don’t personally love.”

These days, Gerben is gearing up for the release of his upcoming book depicting one-of-a- kind portraits created from his own photos of A-list stars: Robert De Niro, Lionel Richie, Jewel, Gerard Butler, Michael B. Jordan and more. He starts the creative process with a simple photograph that he takes with a small point -and-shoot Leica using natural light. His goal: “To capture that perfect unplanned moment” with minimal interruption or artifice. “Things like technical lighting and make-up artists distract from the natural progression of the shoot,” Gerben maintains. To the photograph, he adds color, pattern, texture, newspaper print, collage, graphics—whatever he feels best captures the raw energy and intrinsic character of the subject. Gerben is often called upon by A-listers to paint commissioned portraits.

Although best known for his portraiture, Gerben spent the first 25 years of his career working as a graphic designer and photographer, which he leaned on to create “Circle of Love,” a collection of sculptures that was launched at Art Hamptons in 2015 and sold out at the VIP party on opening night.

“I started thinking maybe I should do something with my many years of graphic design experience. I realized there hadn’t been an iconic LOVE sculpture since [the late] Robert Indiana’s internationally acclaimed work in the ’60s.

It seems that people around the world still crave love.

So, combining the influence of Damien Hirst’s spots paintings with Indiana’s LOVE, I designed the ‘Circle of Love’ sculpture. I trademarked the logo, started with limited edition sculptures and print art, and ultimately pro-duced a jewelry line that I consider wearable art. I’m selling to collectors from New York to London to Tokyo; it seems that people around the world still crave love….”

Pondering the quintessential question about art, Gerben contemplates its intrinsic value. “There’s no definitive answer, but I’d say we need art to add beauty to our lives, to connect us with personal passions, to uplift our souls. Just as food stimulates our taste and music amplifies our hearing, art intensifies our visual acuity, helping us see the world in new ways. It’s more intuitive than rational: You don’t always know why a certain work speaks to you—whether it’s the subject matter, the composition, the colors—but if it touches you, it should become part of your life. As an art collector myself, I tend to choose art by what I see, not by what I hear or read.”