Summer can be an ideal time for adventurous cocktail concoctions that really spice things up.

Indian vindaloo, Ethiopian doro wat, Mexican chilate de pollo—have you ever wondered why some of the spiciest flavors originate in cuisines from the warmest climates? Super-spicy dishes actually can be refreshing on a sweltering summer night— and the same holds true for cocktails with a kick. Ingredients with heat increase circulation and raise body temperature, helping the body adapt to warm weather. Like a bowl of chili at an August barbecue, piquant potions can be—ironically—quite invigorating when it’s hot and steamy out. Libations made with sriracha, wasabi and other hot mixers can hit the spot in summertime.

On the tail of last year’s turmeric trend, top mixologists and bartenders are looking to bring even more internationally inspired heat to their repertoire. They are exploring creative ways to balance savory spice with citrus and herbal notes (think tequila in-fused with serrano chiles mixed with fresh cucumber juice, basil, lemon and agave). 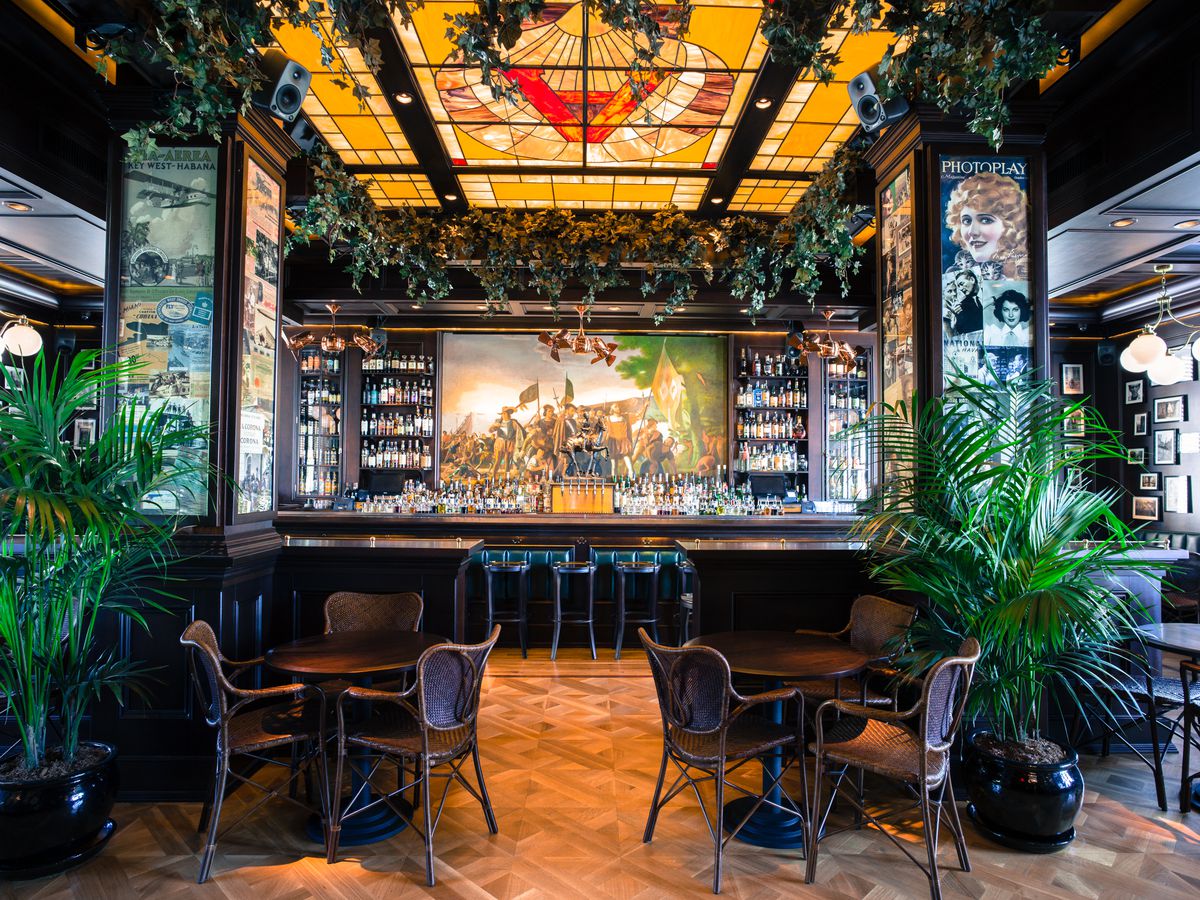 For recreational mixologists, there are many ways to add heat to favorite recipes at home. Spice up a tried-and-true margarita by swapping out traditional salt for dried and ground chipotle or put pepper-infused salt around the rim of the glass. Top off the five o’clock martini or traditional old-fashioned with a splash of habanero bitters or hot sauce. 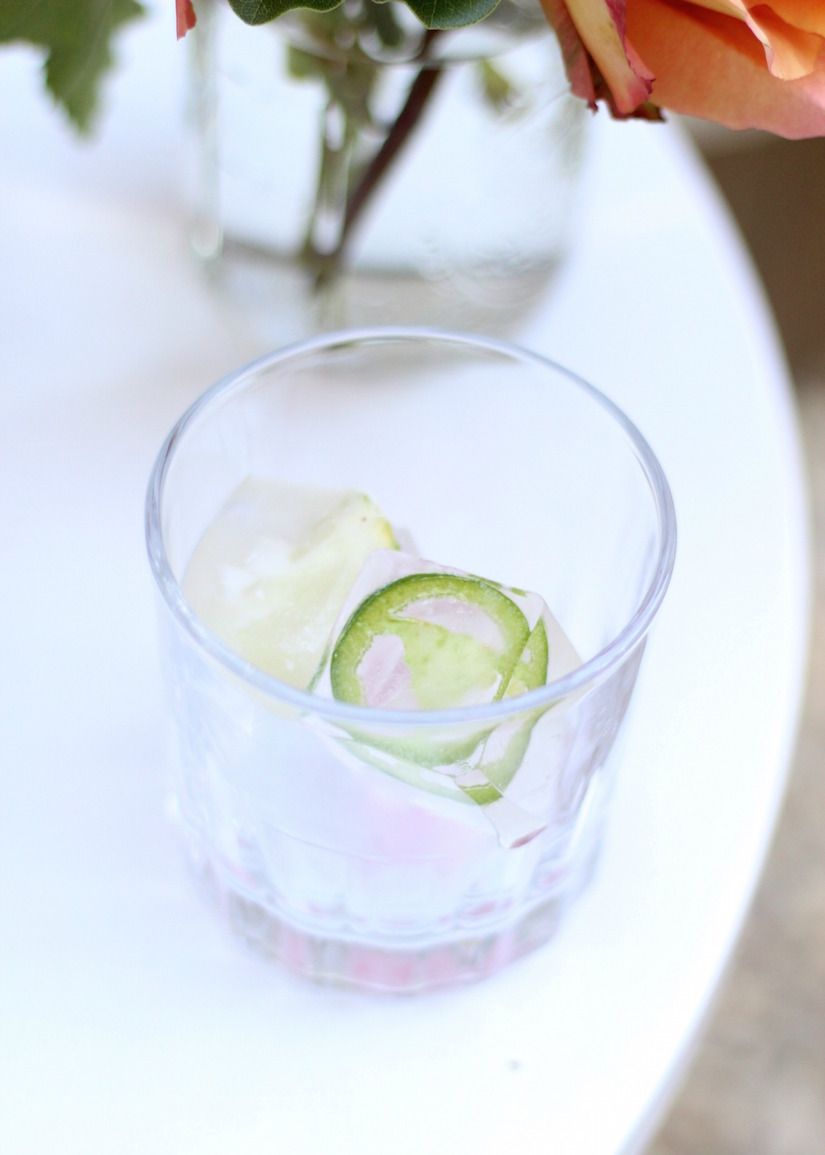 Hot peppers cause an endorphin release, and one way to chase a blissed-out, capsaicin-induced high is to make ice from hot-pepper-infused water. Add thin slices of jalapeños or cayenne peppers in one or two cups of water for about half an hour. Remove the pepper slices and use that water to fill an ice cube tray. Toss the cubes in a rocks glass with your favorite whiskey, tequila or vodka. As the cubes melt, you’ll really begin to feel that good kind of burn at the back of your throat. Talk about fire and ice!

The best approach to experimenting with heat is to start conservatively, because alcohol intensifies the flavor of spices. “Different proof bases can extract different amounts of spice from specific ingredients,” says Will Pasternak, head bartender at BlackTail. “A higher proof base (like a 40 percent ABV gin) will extract much more spice than a less alcoholic base (like a 17 percent ABV vermouth). We use different quantities of alcohol to get the precise level of heat we want.”If your spicy kick inadvertently turns into a five-alarm blaze, add some agave syrup—the sweetness will counterbalance the heat.

Should the occasion call for a more elaborate—and adventurous—cocktail, there are many delicious ways to bring the heat. We asked three expert mixologists how they play with fire to create spicy summer cocktails, and each shared a favorite recipe. 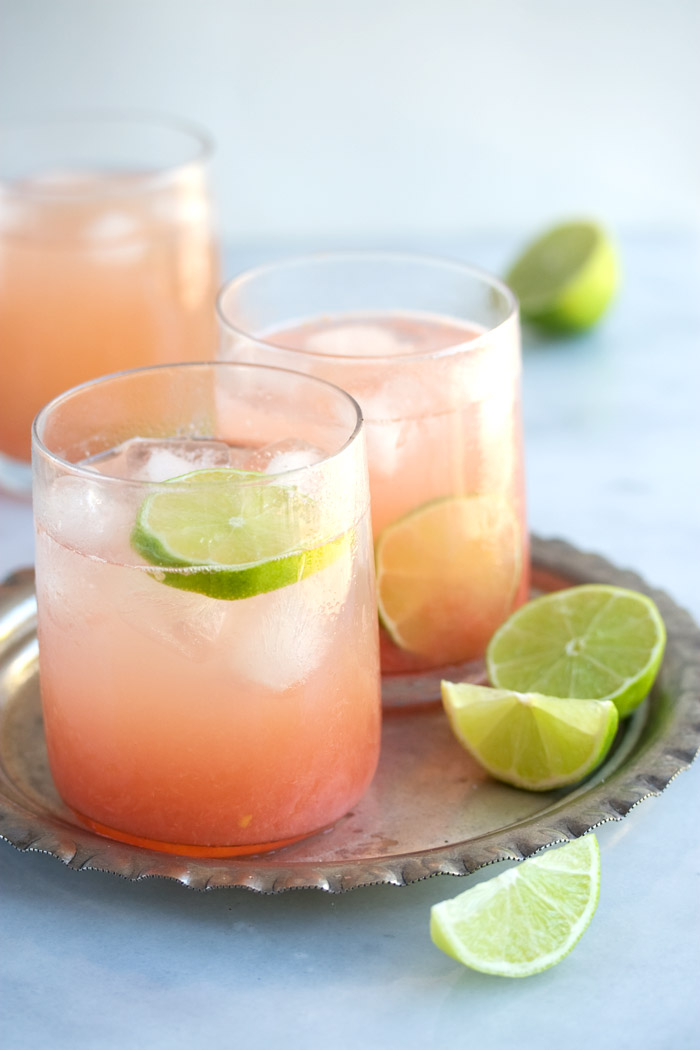 Move over, margarita. La paloma is the most popular tequila-based cocktail in Mexico. A traditional la paloma (which translates to “the dove”) is a simple and refreshing option that combines grapefruit juice, lime juice and tequila with club soda. But at Raines Law Room, a renowned New York City speakeasy named for an ill-fated 1896 law intended to curb city residents’ liquor consumption, bar director Meaghan Dorman adds house-made jalapeño agave syrup to create a paloma that is más caliente.

To make the jalapeño agave syrup, mud-dle peppers into a paste in a heatproof bowl or other container. Pour boiling water over peppers and stir in agave syrup. Let steep for 20 minutes, then strain.

For the cocktail, add tequila, grapefruit juice, lime juice, celery bitters and jalapeño aga-ve syrup to shaker filled with ice. Shake until well chilled and strain into an ice-filled Collins glass. Top the cocktail off with club soda and garnish with a pinch of sea salt and lime wedge.

At Dirty Habit, a restaurant and lounge on the fifth floor of the Hotel Palomar, bar manager Raul Ayala favors mixing brown aged spirits with fruity and smoky flavors, like dried chiles, and clear spirits with fresh green heat, such as serrano peppers, for an earthy, herbal touch.

One concoction in particular—Date in India—keeps returning to the cocktail menu due to high demand. It’s a culture clash in a glass, blending Thai kaffir lime leaves, Mexican chile de arbol peppers and a liqueur made from Croatian cherries. This fire starter has all the makings for an exotic and memorable summer cocktail hour.

For the spicy tamarind syrup:

For the black Tajin-inspired seasoning:

For the syrup, combine all of the ingredients for the spicy tama-rind syrup in a saucepan and bring to a boil. Remove from heat and let the mixture cool, then strain.

Combine all ingredients for the Tajin-inspired seasoning.

When you are ready to make the cocktail, combine all the ingredients—including the spicy tamarind syrup—and shake. Double-strain the mixture, then serve in a double old-fashioned glass and garnish with a dehydrated orange slice and black Tajin-inspired seasoning.

The Calvin and Habanero

Created by Adam Dreyer of The Bad Apple, Chicago 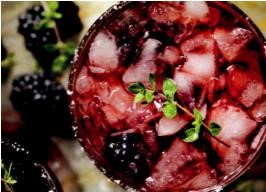 Adam Dreyer, bar manager at The Bad Apple in Chicago, draws inspiration from the fresh ingredients his kitchen procures from nearby farms. The Calvin and Habanero is one popular cocktail that got its start in the kitchen. “Our chef brought in some blackberries and black raspberries and our chef made a habanero and berry hot sauce,” says Dreyer. “We took it a step further by fashioning a cocktail inspired by the flavors in this spicy yet refreshing hot sauce our kitchen cooked up.”

Though this tequila-based drink is named for a cartoon boy and his imaginary tiger friend, the heat in this cocktail isn’t child’s play. Dreyer infuses tequila with habaneros because they are not only one of the spiciest peppers, but also have a floral essence.

For the habanero-infused blanco tequila:

For the blackberry syrup or purée:

To infuse the tequila, cut 4 habaneros in half, add to one bottle of tequila. Let it sit for 4 hours and then strain. Some batches of peppers are spicier than others, so taste the infusion as it sits.

To make the blackberry syrup or purée, add the berries to a saucepan with lemon juice and sugar. Mash the berries a bit and let them macerate before turning on the heat. Once the sugar has brought out some of the berries’ juices, turn the heat on medium. Let the mixture simmer for about 10 minutes, then remove from heat. After it cools, either blend the mixture and serve as a purée or put it through a strainer and use just the syrup.

Add all ingredients and some ice to a small shaker. Shake then pour into a glass rimmed with salt and top with ginger beer.